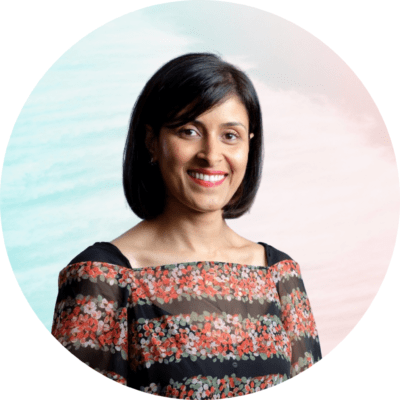 Beena graduated in Dentistry from the University of Witwatersrand in 2001 and then went on to obtain a Masters degree in Implantology (MSc Implantology) in 2004. She was a Research Fellowship Student at the South African Medical Research Council and worked as a dentist for both the Department of Health providing community care as well as working in a private practice that predominantly provided paediatric dental care. In 2011, Beena achieved an MBA from Imperial College, London and graduated with Merit.

On moving to the UK in 2004, Beena worked for Image Diagnostic Technology where she was responsible for sales, training and education related to cone-beam CT scanners and implant planning software products, ultimately winning the “Best Distributor Worldwide Award”. She joined Align Technology (the manufacturer of the Invisalign clear aligner system) in 2007 and was the recipient of performance-based European Awards in 2008, 2009, and 2012. Beena progressed to the clinical team in 2013 as a clinical specialist and was promoted to Clinical Support Manager in 2014. In 2016, she moved to Amsterdam to take on the role of Clinical Operations Manager EMEA, joining the European Leadership Team. 2017 saw her further promoted to Director of Clinical Operations EMEA and then to Director of Clinical and Professional Education in 2018.

In 2020, she moved back to the UK with the view to practicing clinical dentistry again. Her particular interests are minimally invasive dentistry using concurrent digital technologies such as Invisalign, CBCT and facial scanners. With these technologies, aesthetically and functionally orientated treatments are provided in a comfortable, predictable, convenient and safe manner.

Beena has also undertaken extensive training in the field of facial aesthetics using the patient’s own blood constituents and growth factors (PRF) to treat fine lines and wrinkles under the tutelage of the world-renowned Dr Cleopatra Nacopoulos (so-called Cleopatra Technique).

In her spare time, Beena is an avid swimmer, attends Pilates classes to de-stress, enjoys cooking, challenges her brain with Sudoku, Crossword and Killer Sudoku puzzles and enjoys walking around the beautiful Surrey countryside with her husband.