HRT Can Improve Quality of Life and Reduce Risk of Disease It’s something that every woman goes through, but for some women, the menopause can be debilitating. Not only do women have to contend with the day to day symptoms including hot flushes, extreme tiredness, problems sleeping, depression and anxiety, but there is also the damage that it can do to their bones, heart and brain. It can affect their self-esteem, relationships, social life and work.

Hormone replacement therapy (HRT) used to be the “go to” treatment for women entering and going through menopause. However, a study published in 2002 caused a huge change in perceptions of the treatment, when it reported that HRT brought health risks, including a small increase in the chance of getting breast cancer. According to an article published this week in The Economist, following the study, doctors and patients have practically abandoned the treatment. 22% of menopausal women took it before the study in America, which fell to 5% six years later. In most countries, those going on to HRT are now very low.

As the article also points out, the findings were almost immediately debunked. When the findings were looked into, it found that women between 50 and 59 who took HRT were 31% less likely to die of any cause during their 5-7 years of treatment than those who didn’t take it.  One bonus of HRT is that it reduces the risk of heart disease, which can be deadly, as well as reducing the risk of uterine and colon cancers. It also helps prevent osteoporosis, where bones become brittle, which greatly increases during menopause as bones lose density.

The breast cancer link was a major media story, with powerful headlines imprinting a fear in the mind of women. Interestingly, a recent study also found an increase in the risk of breast cancer for those taking HRT. However the existing background risk in Western countries is currently 6.3%. For those on HRT, this rises to 8.3%, making it a relatively small increase overall.

In context, lifestyle factors such as being overweight and excess alcohol intake also increases the risk of breast cancer.

Our population is ageing, and there are nearly a billion women in the world over 50. With 80% of women experiencing symptoms during the menopause, and a quarter of those saying that their quality of life has been diminished by it, helping women through this time is important for both them and our society.

Nothing controls menopause symptoms as well as HRT. Of course, it’s not suitable for everyone. A careful and detailed assessment is important to establish what is needed and how much. It is also worth noting that HRT is not simply about oestrogen but also about other hormones such as Progesterone and Testosterone and the relative hormone levels.

HRT can give them back their way of life. Not only that, but it can lower risks of multiple other diseases, even with the possibility of an increased risk of one. There are real long-term benefits of taking HRT, which holistic medicines or herbal supplements simply can’t offer. Although women and doctors have the 2002 study imprinted in their minds as a reason not to go near HRT, there are many cases where it should be being prescribed, and certainly more than it is currently.

Levitas Clinic offers a bespoke hormone restoration service with a strong emphasis on monitoring and safety netting. The restoration therapy is designed to optimize wellbeing and quality of life and tailor making the regime for safety. 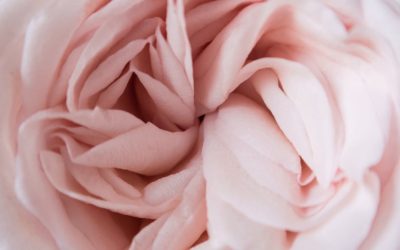 Hydration and elasticity restoration of the vulvovaginal area with DESIRIAL®

What are the causes of vaginal dryness? At the time of menopause or pre menopause, the levels of Oestrogen in your body drop significantly. This has an impact on collagen synthesis and Hyaluronic acid, which are respectively responsible for the thickness and... The Vitamins and Minerals your body needs

No comments to show.